Cooking with Gas - or Maybe Not

We've assumed from the start that we'd have either a gas cooktop or range.  It's so much quicker than electric and the flame is so visceral.  When we started looking at appliances, we couldn't help but to fall for a big 48" commercial style range with the double oven like this Wolf range. 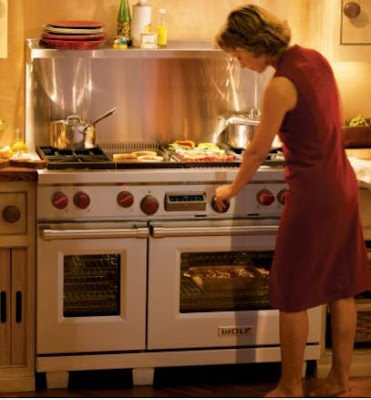 It has high capacity burners, multiple options for the cooking surface, and just looks so cool.  When considering how we want to spend our money though, a slide in range like this seems to make more sense. 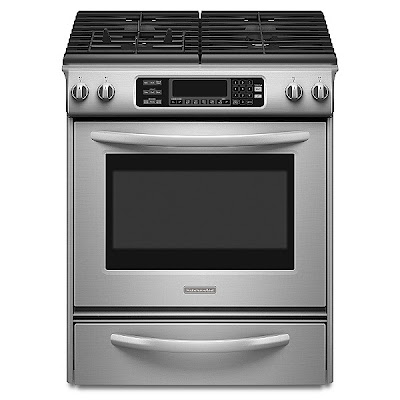 It's much cheaper and still gets the job done.  It's a single oven, but the lower compartment is a warming drawer.  The slide-in ranges are much better looking than the freestanding style, but you do have to worry about the controls on the front surface. 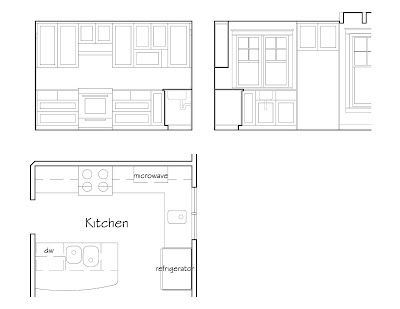 My wife really would like to have a wall oven or preferably a double oven and a cooktop, which is neater and cleaner than a range.  Wall ovens and a cooktop cost more than a range, and the sizes aren't so standardized.  Once you have built-in ovens, their future replacements have to fit in the holes initially provided or the cabinets have to be modified.  So I started shopping again. 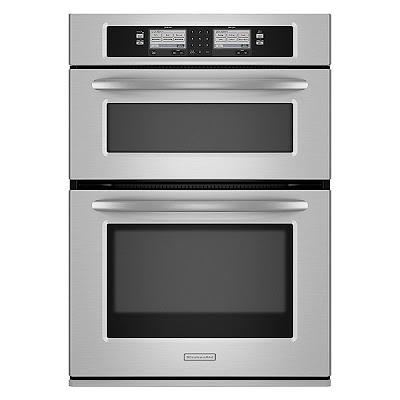 I saw some Miele ovens which look fantastic, but the price is a little high.  We like the clean euro style, but not so much the euro style price.

Then we went back to IKEA.  Their selection is limited, but they do have the euro style thing down because they're from Europe.  You can get a Nutid (you have to love their product names)oven 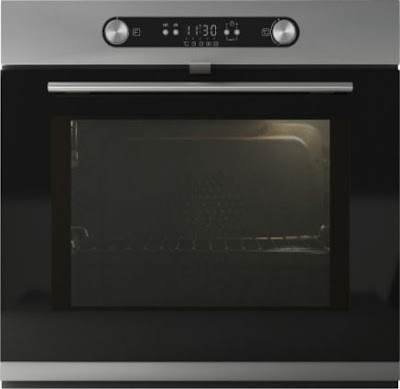 which matches the Nutid microwave 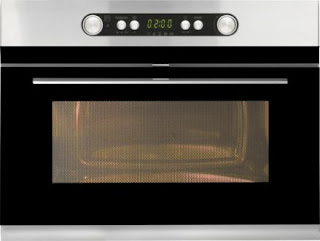 and has the same style and pulls as the Nutid dishwasher 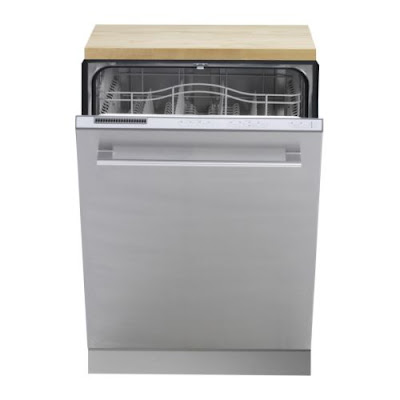 and the Nutid counter-depth refrigerator. 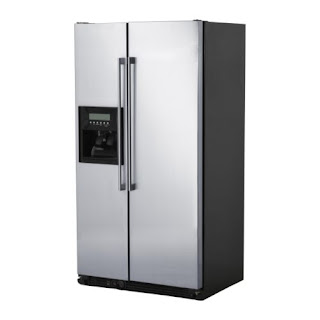 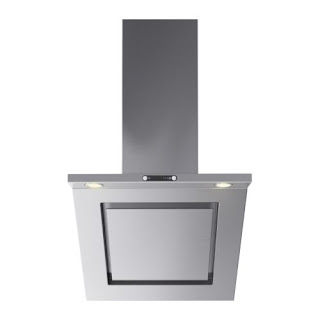 but the shape makes sense.  The upper control is just above head height and the surface slopes down so that the exhaust is closer to the cooking surface.

Now for the cooking with gas part.  The latest Consumer Reports appliance review got me thinking about electric induction cooking.  It's even quicker than gas and has amazing controlability.  Here's a video demo.  I think we're convinced that this is the way to go.

Unfortunately IKEA doesn't have induction cooktops in the US yet.  Their appliances have the style we're looking for, have most of the features we're looking for and even a few we didn't expect, they're made by Whirlpool, have a standard five year warranty and the pricing is hard to beat.

Posted by Daniel Lewis AIA at 6:49 AM